In the theatre world, models are miniature sets used to test the placement of images and objects in a specific space. Like a life-size model world, Judy Millar’s recent work combines a projected image, moving components, and painted and blank surfaces, which collectively could resemble an artist’s studio or an engineering workshop – both sites for production and experimentation or creativity through play. Visitors are encouraged to participate and occupy Millar’s constructed world by transforming flat-folded works into three-dimensional pop-ups and casting exaggerated shadows while moving through the gallery, making explicit the subjective and ambiguous relationships that influence our experience of paintings; between painting and space, image and form, the real world and its mediated imprint on a surface.

The Model World also extends on our new publication, Swell, a pop up book for children and the result of a collaboration between Judy Millar, writer Trish Gribben and paper engineer Phillip Fickling. Millar’s paintings were turned into twisting, swelling and heaving pop-ups that folded neatly between the pages. Here, paintings shift scale again to take on a larger-than-life presence as a further exploration of the degrees of separation in the painting process that playfully but persistently rejects the notion of a painting as a discrete, mimetic object that represents the world but is not subject to its forces. 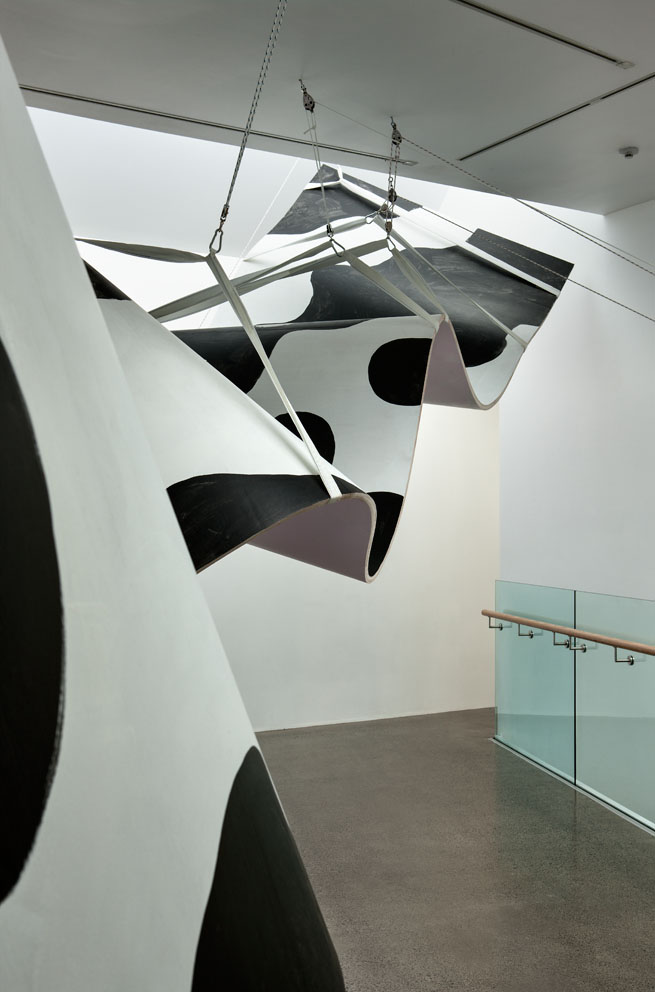