Judy Millar – One of New Zealand’s most daring and cerebral artists.

Judy Millar is considered by many to be a formalist in that her work addresses itself to painting, the perceived problems of painting and issues surrounding the history of painting. At the same time, as she talks about the vitality and ‘eye-searing magic’ of painting, she brings to her work a theoretical and practical interest as to where she fits in the male-dominated tradition of painting as a woman artist in the 21st century. As one of New Zealand’s most internationally recognised artists, she makes explicit the engagement of her painting with the rest of the world.

Her work looks outwards rather than in, participating in a global conversation about the relationship that painting has with the real world it both seeks to represent and be a part of.

She works from within a conceptual painting framework, freely referencing painting’s modern developments and relishing in appropriating the expressiveness of gestural painting. Continuing to explore possibilities in the action-painting tradition, she uses gesture not as personal expression but as a basis of social exchange. A sense of performative drama and delight in the act of mark-making is evident in this painting. The physicality of the gesture in Millar’s work is reminiscent of that of Jackson Pollock and she regards the direct relationship of the body to the canvas as extremely important. Also, painting for Millar is fundamentally a process of unpainting; perversely, her artworks are unworked rather than worked up – she takes away as much as she adds. Utilising processes of erasure, wiping or scraping paint off the surface of the work, Millar assumes established sociological and cultural positions only to question and deconstruct their meanings. She challenges the viewer’s expectation of the ‘expressive gesture’ and of the effectiveness of painting as a contemporary means of communication.

The physicality of the gesture in Millar’s work is reminiscent of that of Jackson Pollock and she regards the direct relationship of the body to the canvas as extremely important.

She has said of her practice: “It’s ‘embodied painting’. Without our body we don’t exist, so that seems to me to be our experience of the world. And that is what painting can directly address”¹ 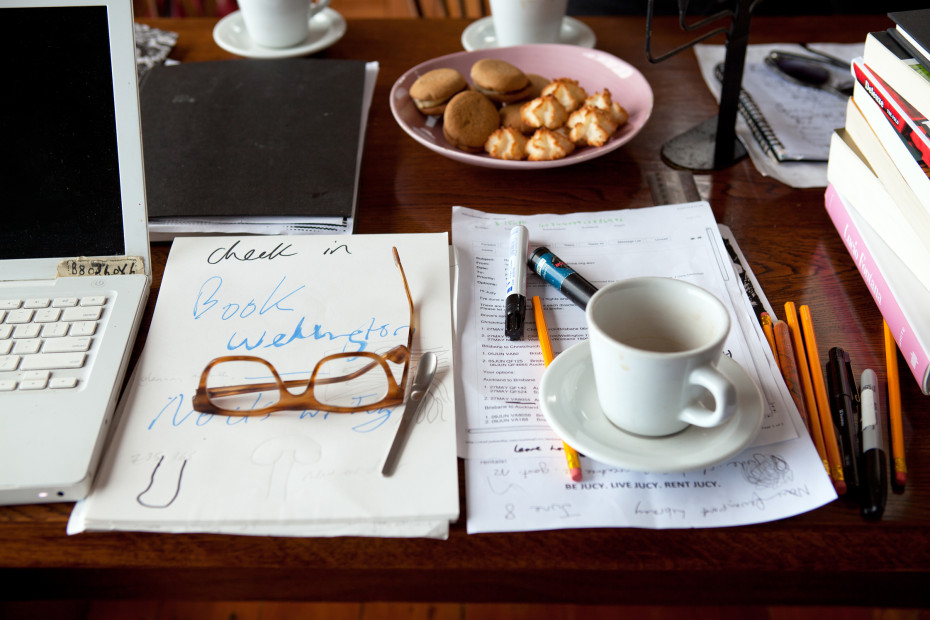 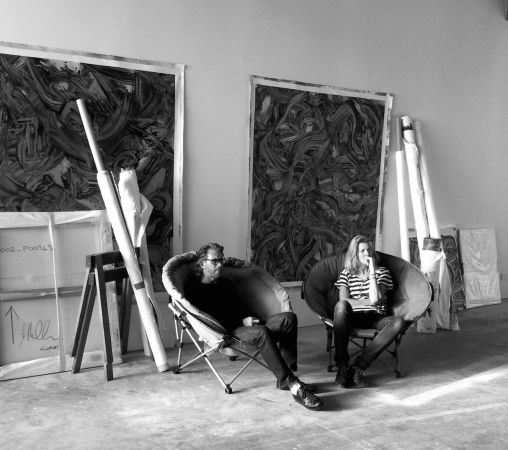 Millar’s painting may be perceived as abstract but she has long been interested in the depiction of three-dimensional space and the sense of scale. She is willing to take the abstract out of abstraction and to infuse her paintings with a sense of three-dimensionality. Her distinctive brush strokes are overlaid with sweeps of paint that flow and halt and turn in all directions to create richly suggestive forms. The large, painted surface of this work has a rich luminosity; it catches the light and gleams. Untitled playfully presents itself with the grandeur of her vision: a bold exploration of the colours blue and purple suggesting monumentality and materiality. Millar is acutely aware of this dramatic effect, noting that: “The joy and charm of painting for me is the illusion and virtual space it sets up… a completely dismantled kind of shimmering, hovering one”². Mary-Louise Browne – 2018