Millar has long been involved with the alternate processes of addition and subtraction in making her work. Systems of building up and taking away have been central to her understanding of image construction since she began developing her work as a student at the Elam School of Fine Arts, Auckland in the early 1980’s.

Initially when breaking painting down to its constituent processes she began with the fundamental materials of gessoed canvas or paper and masking tape. Covering the entire surface of the canvas with masking tape she then successively cut the tape away to derive an image that resembled an architectural model or the plan for a build.

On close inspection the surface of the gesso can be seen to be covered with small sharp incisions, traces of the scalpel cutting through the masking tape before parts of it were peeled away. The gradual shifts in thinking as the work progressed have resulted in the cuts becoming a fine network of ghosted gestures.

These works sit in a strange mid-ground between architectural and gestural image construction while avoiding any direct connection to either constructivist or expressionist practices. Millar worked to find a way to make the removed, and therefore absent, obvious. 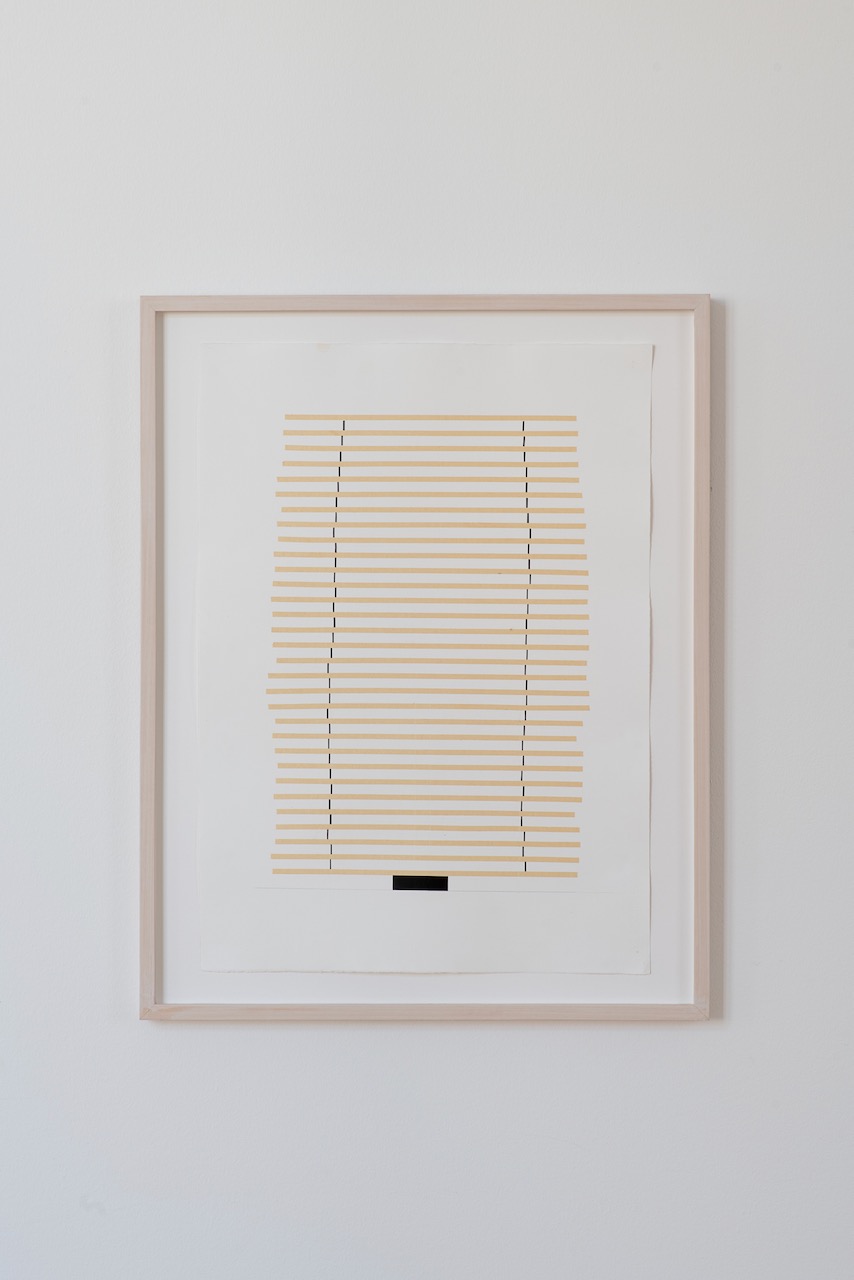